Want to get EVERYTHING that Robert Kiyosaki shared with us on the go? Check out the entire podcast episode to learn the three reasons why so many people are broke.

I recently had the privilege of sitting down with the author of the book that literally changed my life.

When I was a sophomore in high school, I picked up Rich Dad, Poor Dad by Robert Kiyosaki and it completely changed the way that I looked at money and wealth accumulation.

That book has done the same thing for millions of people around the world for decades now, and I've had the opportunity to work on several projects with Robert Kiyosaki over the years.

In fact, he even wrote the forward to my own book, The Circle of Profit.

Needless to say, I'm ecstatic every time I get the chance to talk with him. This time, we recorded our conversation so that everyone out there could listen in and see why I'm such a big fan of Robert Kiyosaki.

This time around, we discussed the three most common reasons why so many people are broke and what they can do to change it (plus a bonus tip to make sure you follow through).

Let's take a look at the highlights.

The Three Reasons People Are Broke

If you want to go deeper into the concepts that we're about to cover, I encourage you to check out Robert's new book, Fake.

In it, he covers these three concepts further:

These ideas definitely got the wheels turning for me, so let's give you an overview of what exactly he means.

Reason #1: They Believe In Fake Money

Back in 1972, something world-changing happened—faced with going broke, Richard Nixon took the dollar off the gold standard so that the government could print more money.

By 1974 or 1975, business schools in America had stopped teaching about gold.

In fact, they said it was a barbaric relic of the past. The side effect of all of this is that people started to get behind fake money and assets.

Remember, anything you can print is fake!

So, after 1972, the dollar became debt. And for debt to exist, taxes have to exist. The only way you can hold the dollar as debt is if taxpayers are willing to pay for it.

This, in turn, screwed the middle class.

To make matters worse, gold was illegal for Americans to own.

You could actually go to jail for owning gold! This is crazy, as gold and silver have been around since the beginning of the world.

So, why was gold illegal to own?

Because the government tries to control money.

The American government now has the ability to simply print money whenever they get in trouble, which is exactly what they do.

This had led to many of the problems that we're seeing today.

Do you know what the government did during the economic crash back in 2007? They printed more money! They're still printing money, and there will definitely be another crash because of it.

So, be wary of fake money—it's not a viable solution.

Reason #2: They Get An Education From Fake Teachers

Most teachers are doing the best they can with what they're given, and they're contributing to a system that they themselves were brought up in. Still, they're being told to teach things that help build the employee class.

Teachers don’t teach about money—which is something practical that they should be teaching about.

To be fair, it's the rich that decide what to teach kids.

They created the General Education Board and have been influential in what's been taught to students for years.

As I mentioned, business schools stopped teaching about gold and about REAL money.

Essentially, we're taught things that don't benefit us as adults.

Instead of learning material that could make us more wealthy, we get a fake education from fake teachers.

(RELATED: The Law Of Reciprocity In Business (My $60k/Year Strategy)

Speaking of fake teachers, we're taught from a young age that we should save our money if we want to accumulate wealth.

Unfortunately, this is poor advice because you're saving something fake.

In fact, you're saving debt.

Remember—if you work for money, you pay taxes.

Another fake asset that people put a lot of faith in is pensions. Pensions are empty because they are backed by fake assets.

Retirement plans are liabilities and you're being sold on investing your money into fake assets. Remember, things become more expensive with inflation—and that bubble is eventually going to pop.

This is a huge risk that won't pay off!

(RELATED: 10 Habits To Avoid (If You Want To Become Rich)

*Bonus Tip* Don’t Do Nothing!

The issue that a lot of people have with investing and assets is that they get in at the top of a boom, and then the market crashes around them. Because of this, they end up losing a ton of money.

Some recent examples are real estate and Bitcoin.

When bubbles are about to burst, the losers get in. That’s when you should be selling.

The economy is good right now, but it’s important to realize that bad things are coming.

So, don’t do nothing!

Instead, start preparing for the crash now so that you're ready when it comes.

The reason so many people are broke is because of fake money, fake teachers and fake assets.

It’s also because of their mindset around these fake things.

Don’t just try to make money, and don’t become an entrepreneur simply to make money. If you do, you're investing your time and energy into trying to earn fake money.

And you're paying taxes on that fake money!

Instead, invest in real assets like gold, silver, real estate and businesses.

Remember, it’s what you do with your money that matters, not how much money you make. Change your mindset and transition away from fake money and fake assets so that you can start investing in real assets to build lasting wealth.

(NOTE: Want to get EVERYTHING that Robert Kiyosaki shared with us on the go? Check out the entire podcast episode to learn the three reasons why so many people are broke.) 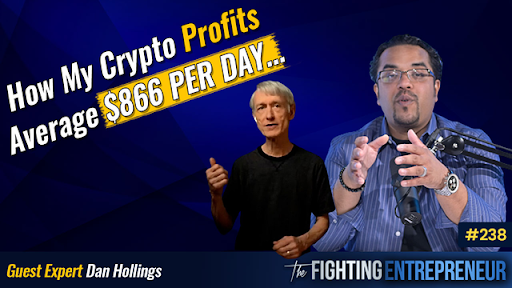 Crypto Plan: How He Makes Hundreds a Day 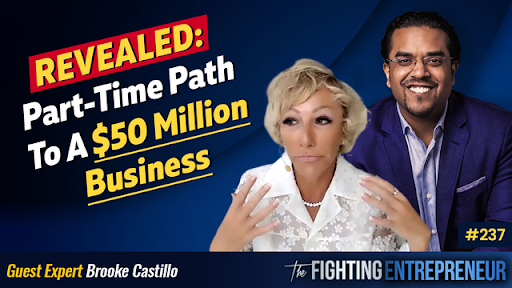 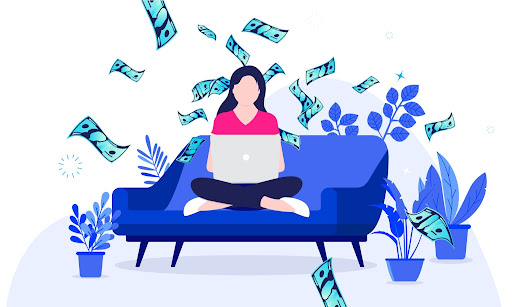