Want to get ALL the tips that Krystel shared with us on the go? Check out the entire podcast episode to learn the secret to creating financial freedom from another country.

I had the pleasure of speaking with Krystel Romero, and what she had to tell me was nothing short of illuminating.

She's found a way to reach a market that is practically untapped and is now making good money running an online business in a country that not many people consider doing business in.

She's built a funnel agency outside of the top five countries.

Through local marketing and reaching out to an audience that people often ignore, she's been able to grow a successful business with relative ease.

Krystel had a good job and was making a good amount of money by Colombian standards.

She didn’t see her kids enough, she didn’t like her job and she wasn’t satisfied.

So, she decided to quit.

This wasn’t the easiest decision, and she found herself in a place where she was having trouble putting food on the table as she built up her business. Still, she was able to put enough money away that she was able to get to the Lurn Masters event in the United States.

This transformed her life.

She took what she learned from the event and built her email business (starting with affiliate marketing). She then began to build a network in the personal development community and grew her business further.

She's now able to enjoy her life, spend time with her family and do something that she loves for even more money than she was earning at her job.

Here's what she shared with me that you can start implementing to build a business.

21 Things Krystel Has Learned While Building Her Business

After Krystel quit her job to become an entrepreneur, she was in rough shape financially.

There were times that she wasn't able to afford food for herself, and she even had to skip some meals just to make sure there was food on the table for her children.

However, that didn't stop her.

She continued pushing through the adversity because building a business was a dream, and anything other than success wasn't an option.

#2: Think Twice Before Quitting Your Job

A big part of what caused financial stress for her was that she quit her job before having any clients or any revenue.

She doesn't recommend that you do that.

Rather than going all-in by quitting your job, build up some revenue on the side to ensure you have cash in place when you do decide to leave your job.

If you want to build a business, you need a network.

To build a network, go to live events.

Even though Krystel is an introvert, she pushed herself to do this, and it's helped her get to where she is now.

(RELATED: The Benefits Of Attending Networking Events (Hint: It Made Me My First $3 Million)

#4: Be Present At Events

Although attending events is important, what's even more important is to be present at the events.

Don't spend the entire time checking your phone or thinking about what you're going to do after the event.

Pay attention to the people around you, listen and introduce yourself.

After meeting people, you don't want to let the opportunity slip away.

If you don't collect information, you'll probably never hear from them again unless you run into them at another event. So, make sure you're getting people’s emails, phone numbers and social media information.

And we aren't just talking about the speakers.

Even better than collecting the speaker's information, introduce yourself to fellow audience members.

#6: Get Active On Social Media

Since then, she's generated several other clients from social media as well.

The primary way Krystel drives value via social media is by being generous with her knowledge.

If nobody knows how much you know, they'll never sign you.

The best way to build value, trust and credibility is by sharing as much knowledge as possible, both in-person and through social media. Once people see that you know what you're talking about, they'll come to you when they need help.

While you may feel like you don't know enough to be able to charge people for your services, remember that you're in expert in their eyes just because you know more than them.

Something else to keep in mind is that “advanced” outside of the top five countries has a bit of a different meaning.

People outside of the top five countries often don’t have the same level of knowledge about internet marketing that those in the top five have. Because of this, even someone that isn’t “advanced” can be seen as “advanced” by people in smaller markets.

Krystel was able to teach people in her country and similar markets what she knew, and what she knew was enough for them to see her as an expert.

You can't be afraid to start working with clients.

If someone wants to work with you, and they seem like a good client, stop running every possible scenario through your mind.

#11: Be In Service For Your Clients

With that said, you need to be prepared to provide top-notch service to your clients if you want them to refer you to their friends and business partners.

In the early days of your business, focus on providing incredible service.

#12: Don't Be Afraid To Charge What You're Worth

Another issue new business owners have is that they're afraid to charge what they're really worth.

Instead, they try to win clients by providing the cheapest service as possible.

You have the knowledge and can provide real value to your clients, so don't be afraid to charge what you're worth.

(RELATED: The Simple Process Of Scaling A Business To 25 Clients (& Beyond))

Want to hear something crazy?

Because so many marketers are ignoring these markets, she's able to get a lot of clients at a very low rate.

Krystel made it very clear to me that she doesn’t like to work with startups. Instead, she likes to work with existing business owners.

Existing business owners are less of a headache, and they follow your advice. They're also willing to invest money to solve their problems.

People just getting started can be a real hassle, and they aren’t worth working with when it comes to consulting. Beginners are great to sell courses to, but they generally aren't the best clients for coaching and consulting.

The great thing about countries outside of the top five is that there's significantly less competition out there.

People don't see as many ads on a daily basis, and there are fewer service providers in general.

If you're on the fence about starting a business, there isn't a better time than now if you're in an underserviced country.

If you're competing at lower price ranges, you're going to lose.

People are willing to pay good money to people who know what they're doing, so don't be afraid to go after the clients with bigger budgets.

Brand yourself as a premium service provider and go after bigger clients.

You can't be everything to everyone.

A common problem with newer business owners is that they try and provide every service under the sun.

Instead, know what you're good at and offer that.

#18: Consider Charging A Percentage Of Your Results

One thing Krystel has started doing is charging all of her clients a percentage of their revenue on every project instead of just a flat fee.

She even knows of an agency charging 40% of all revenue just to run ads!

#19: Raise Prices Until You Hit Resistance

If you never get any objections to your price, you're undercharging.

Every time you sign a client, raise your prices.

You'll know that the market can no longer bear your rates once several people start turning you down because of your price.

#20: If You Know Another Language, Capitalize On That!

If you know another language, you need to start using that to your advantage.

This means advertising in markets that speak that language, especially for Spanish-speaking countries, Asia, smaller European countries and other places that people generally overlook.

Even if you don’t know another language, you can find a partner that does.

There's a massive amount of people that need help in smaller markets, and they're willing to pay a good amount to get this help.

One big problem that Krysel has run into repeatedly is that financial institutions in Latin America have regulations that make processing payments difficult.

One thing she's done that's helped was to open an American bank account.

Do some research to see whether you can open a bank account in a country with fewer restrictions to make your life easier.

Get into these countries before everyone else figures out how much money can be made in these markets.

I know I'm working on doing this even though I already have a business in America.

Krystel opened my eyes to the power of advertising and selling in smaller markets.

(NOTE: Want to get ALL the tips that Krystel shared with us on the go? Check out the entire podcast episode to learn the secret to creating financial freedom from another country.) 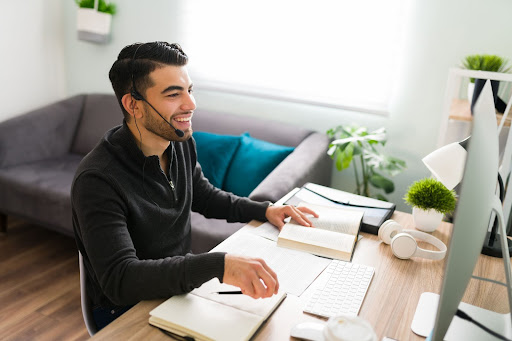 Best Businesses to Start From Home in 2022 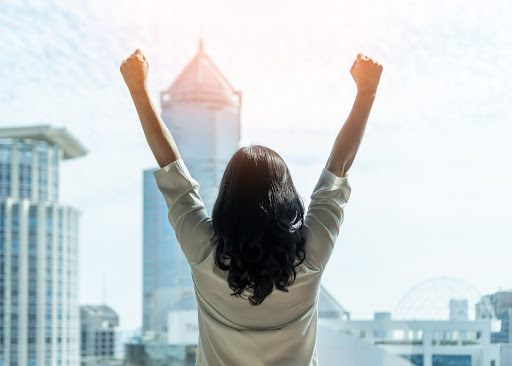 What The Great Resignation Means for Entrepreneurs 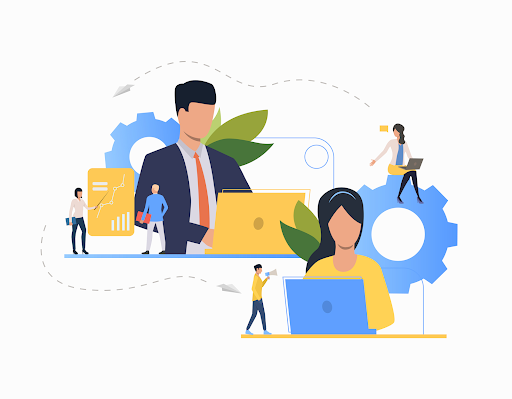